Today we're featuring a guest review from our subreddit by Athith1996. It has been slightly modified with approval.
Game link
Game Discord link

I have some thoughts on this PBBG called Elethor that I’ve been playing for a long time. This is gonna be a long post so bear with me.

This is an action/tick based PBBG. Its set in a futuristic, almost post-apocalyptic world with rifles and guns as weapons instead of the overused sword, spear, etc. The plot is simple; you have to kill different monsters and progress in the questline. There are 2 main actions you can do - killing monsters and mining. You get some base actions everyday around 1200 but the actions will be unlimited as long as you can refresh regularly. 600 combat actions is equal to 1 hour so 1200 actions means 2 hours, after which you have to refresh and you’ll get back 1200 actions. If you don’t refresh you go into a fatigued state where the actions take more time to perform. For example you’ll only do 240 combat actions instead of 600 per hour. You can buy more actions if you don’t want to check in every 2-3 hours by paying premium currency. Also you can get more actions through in game quests. So this isn’t P2W at all - paying for actions this way only makes your life easier. The main aim of the game is to get better equips and increase your combat/mining levels (They are the only 2 things to level up). There’s also rankings for killing monsters of each type in addition to daily, weekly, combat and mining rankings. No PVP as of now. There’s also corporations which are some sort of guilds.

1. Great modern UI - The game is smooth and easy to handle. Its obvious the dev has spent a lot of time in making the UI as good as possible and it doesn't feel like we're back in the 2000s.

2. Developer - The dev is dedicated and listens to players. He comes to chat daily at a specific time to see what players are talking about in chat. Though some of his decisions may make some players angry but overall he is a good guy. I attribute some of his unlikeable decisions to the mods that he consults before he decides them.

3. Player base - The players are generally supportive to newbies and help them answer their queries. The mods rarely answer them and don't show up in chat regularly. But if there's something serious going on they come to chat in help not just on boring days.

4.Uniqueness- This game is very unique and there aren’t many cliché elements. It’s different in terms of UI, plot, progressions, etc.

Things that might stop you from playing this game

1. Highly Market based - This game is heavily dependent on market. Only way to earn significant amount of gold is by selling stuff (ores especially) on the market. Even the materials used for crafting equips you’ll have to get from the market as it is just easier . You can still progress without using the market but the difference is very large. If you don't like trading or checking the market daily to get an idea of prices, etc. then this isn't the game for you. Don’t get me wrong there are still some people playing who haven’t used the market at all but they are happy to be behind others or don’t care about it . They just enjoy the game. But if you are a bit competitive and don’t like to trade then this isn’t the game for you.

2. Masteries - If you are thinking to try out this game then I suggest you do this fast. Masteries are something like skills and they level up using time. You can only level up one skill at a time. If you choose a particular mastery to level up it gains 12 points a hour and there are 5 levels to a skill. Some skills take longer time to level up. If my calculations are right it will take you around 500 days to fully level up current masteries. There’s no other way to speed up or gain more master xp. Only time will level up. So the older players have a massive advantage and they will always be ahead of you. There’s no way to catch up unless top players quit or forgot to add another mastery when one finishes leveling up but this rarely happens. So the first thing to do when playing the game is saving enough gold to buy your first mastery/skill as time is important.

3. Rankings - There's some problems in daily actions /weekly actions rankings that may confuse new players. The daily rankings are bugged and you see the players having more actions than its possible in a day. For a new player who is active, refreshes regularly and gets the highest density mining action possible, the only way he can see how he’s doing against others is through daily rankings. But it's bugged and he gets confused. It'll take around a month for a new player to get into any of the rankings and only if they play actively.

4. VIP needed to vote The dev conducted polls to know which update should be in the next patch and only VIP players voted. This pissed some f2p players off but I remain neutral about this as long as the update is good.

Recently there was a rollback of about 6 days due to a player abusing a bug which duplicated (duped) gold and materials (mats). Apparently this started months ago but the old abusers didn’t abuse it that much. They might’ve xtraded the duped gold out we will never know. A player found out about the bug on April 19th and he wrecked havoc on the market , bought out all the ores, materials, etc. and spread the duped gold. Also there was lots of gold being sold on the xtraders market due to this. Dev found out and the only way to cure the economy was a rollback. The abuser was on discord and he helped with the rollback but he got banned anyway. Other old abusers got banned too. But the xtraders were the most hit because they traded on another website and dev wasn’t responsible for those trades so some of them lost millions/billions of gold. Many players quit mostly xtraders. But this affected the regular active players too and the compensation wasn’t much just extra actions which the active players didn’t need because they refresh regularly. The dev said he will discuss with mods about extra experience gain but we didn’t get any notification about that. The extra actions stayed for about 4-5 days but it didn’t offset the losses occurred. There were some problems with VIP purchases and such. Also there were some new visual bugs like masteries not showing to be leveling up. One of the VIP players I know who isn’t a xtrader had this visual/cache bug. He went to Discord about this but there wasn’t any reply for a while as the dev was on vacation and wasn’t online. One of the mods replied later, but by this time the player had already raised a dispute on PayPal but he was ready to drop it if it gets solved. The mod notified him with a permaban because you get banned if you refund purchases. If the mod had only checked his profile he would’ve understood it was a purely visual bug and we can still see the mastery leveling up, only he couldn’t. But he resorted to threatening with permaban which isn’t explained clearly in the games TOS. So the player didn’t understand what was going on even after the dev came later and said he’ll sort it out but no one gave any explanation to him that it was a harmless bug. After a day it wasn’t resolved and he left the game. He got banned later because purchases were refunded. Such a simple matter and the dev lost a paying player. If only the mod could’ve communicated better, its imperative to inform about permabans but why do that first instead of assuring the player that it will be resolved, it’s like the mod doesn’t care about the player at all. It’s their job to assure the player that everything will be solved but no, just threatening the player about his actions. Even other players were assuring the guy that it’ll be resolved but the damn mod ruined it all. He 100% left because of the mod and unclear communication. I feel annoyed because it was so unnecessary. The developer was on a vacation at this time so props to him for quickly resolving the issue and banning the abusers but more transparency and communication would’ve been appreciated.

The new update on 5/5/2021 was a huge one. It introduced a new thing to level up called fame. Also corporation (corp) events and corp buffs were released. As of now fame can be leveled up by doing corp events. Currently there’s one corp event which takes place from Thursday to Saturday. It’s called “Charitable Giving” and corp members have to donate various stuff for points. The average points earned by the corp will result in being awarded fame points/exp. Then there’s corporation buffs which the corp creator or any member with permissions can level up. The buffs are either combat or mining related. With these new things the game got more competitive. Everyone wants to join a corp - scratch that, everyone wants to join a corp with powerful members. Before there were some members in corp who were inactive for like 3-4 days and others also didn’t mind but now those members are a liability and are being kicked out because they will lower down the average points earned for corp events. Also there were many lone wolfs before, now everyone is pressured into joining a corp because now the huge advantages that a corp offers cannot be ignored. Overall a very good update, more stuff to do and strategize for, the corp events also act as a sink for materials and ores.

Thanks for reading the whole thing, the review came out longer than I imagined it to be. Elethor, despite it’s problems, is a very good PBBG and is still in it’s infancy, the open release is just 4 months in as of this date. There are around 330 players online everyday and I expect it to increase after the latest update. I suggest PBBG enthusiasts to give this game a try, at least a week.

Planes of Tlessa is a non-idle fantasy combat crafter game where you can roam around a global map, create a kingdom and wage war with other players. On the surface this may seem a bit tired, but the particular concoction of this has a fairly fresh feel. 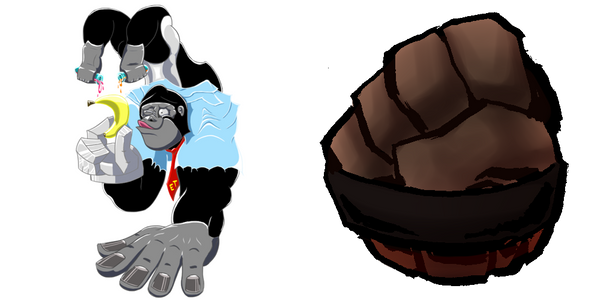 In today's article, we're going to have a look a poll that I released to see what people want from the MERN-template. I'm sure there will be some surprises.